The War is Over

The War is Over

Editors’ note: The following opinion was written by folksinger Phil Ochs and originally appeared in the LA Free Press. The article was written before President Johnson was in Los Angeles on June 23, when thousands greeted his holiness. 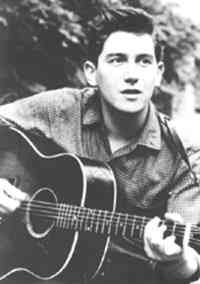 The war is over and what a relief. It sure was depressing—but now, thank God, we can celebrate. It has been called off from the bottom up, and now the only ones participating in it are those that still believe it exists.

Now some of you may not believe the war is over—and that, essentially, is the problem. The mysterious East has taught us- the occult powers of the mind, and yet we go on accepting our paranoid presidents notion that we actually are involved in a war in Asia. Nonsense. It’s only a figment of our propagandized imagination, a psychodrama out of 1984.

By this time it must certainly be apparent that Johnson is absurd, as compared to being wrong. It should also be crystal clear that the war has been extended so ridiculously long that it is more absurd than immoral, and that the standard moral arguments have been repeated so many times that they seem to have lost their meaning. There is no dialogue on the war, only the repetition of clichés. One outrage must be answered with another; only absurdity can speak the language of absurdity.

Demonstrations should turn people on—not off. The spiritually depraved public of America has shown it won’t stand for the blunt truth served on a negative platter which it always defensively assumes is insult. A protest demonstration does not satisfy the demands of modern mass communications; it is somehow out of tune with the electric age. A protest rally is an act of negation against an act of negation, canceling each other out. The times demand a positive approach to demonstrations, a pro-life, joyful, energized, magnificently absurd demonstration against the sucking vacuum of war.

The underground must discard the establishment labels like “underground,” “hippie,” “flower children” and other assassination words; they’ve shown their colors—now they must show their true strength. The trick is not to go against the establishment, but not to believe them. Come on, now—do you really believe that a war is being fought in this day and age—certainly, not a war that has anything to do with us. Why, that would be absurd—don’t you think?

On June 23, there is going to be a celebration of the end of the war. This celebration could be a love-in, a be-in, a to-be or not to be-in, a happening, a rally, a demonstration, an earthquake, a premature solstice, living theatre, living movies, a huge Hollywood production, a statement of numbers that you can attend without insulting your aesthetic.

The old standbys of the left and the attitudes they encompass should be avoided at this meeting. Classics like Hey Hey LBJ—How many kids did you kill today? are about as dated as the M-16. Since the war is over, we should have positive signs, like “Johnson in 68—the Peace President,” “Welcome Hanoi to the Great Society,” or “Thank you, Lyndon, for Ending the War.”

As a living movie everyone should do something creative and positive. Make up your own sign, wear appropriate clothes to the theme of a reenactment of VE Day, wave a flag and mean it. It’s time for aesthetic rebellion, for creative anarchy; time for the use of surreal humor to ask now what our country is doing.

Johnson will be speaking at a $500 a plate dinner inside the Century Plaza Hotel, so we can have a penny a plate dinner outside at the celebration. How ironic to have this bit actor give a speech demanding that people support a demented war while outside thousands are celebrating the end of the war!

Perhaps some people will walk up and say, “Hey, you guys must be crazy -there IS a war going on; don’t you read the papers?” To which you can reply, “No, you’re the one who’s crazy.” History will decide who is really absurd.

California is the most beautiful part of the country, and yet it has been taken over by the ugliest elements. Los Angeles is a plastic paradise, the exaggerated frontiersmen of a decaying materialist culture. This is a foundationless land of dreams, a studio posing as a city, a freak circus; what better place to make a bizarre stand? Without putting herself through any of the tasteless political changes of the East, LA has a golden opportunity to leap from total disinvolvement to the vanguard of the peace movement.

The thousands of young people flowing through California would respond to a call for this kind of rally rather than another protest demonstration. The psychedelic community can also create in the framework of this living theatre. Hopefully, this will create an opportunity for the disparate elements of the state to merge gracefully.

The war in Vietnam is an amphetamine trip, a reflection of the spiritual disease that has gripped this country and distorted every principle on which it was built. This generation must make a choice between the total rejection of the country and the decision to regain a spiritual balance. I believe there is still something inherent in the fiber of America worth saving and that the fortunes of the entire world may well ride on the ability of young America to face the responsibilities of an old America gone mad.

Old America has proven herself decadent enough to be willing to sacrifice one of her finest generations into the garbage truck of cold war propaganda. What kind of depths have they sunk into to dishonor the very meaning of the word honor by asking young men to die for nothing? This is not my America, this is not my war; if there is going to be an America, there is no war—la guerre est finie!

The criminal patriotism of today demands that every citizen sell himself and now we pay the consequences floundering in the jungles, not of Asia, but of New York to Los Angeles. Now we are the lost patrol who chased their chartered souls like old whores following tired armies.

Have you heard? The war is over!

One thought on “The War is Over”